Manitoba’s councils have contributed much to local and national communities and have also reached out to help international endeavours. They continue to be women “rooted in gospel values” and to serve humbly for “God and Canada”. Many of their achievements are recorded in the history of Manitoba Provincial Council.

Objectives of
The Catholic Women's League of Canada

We aim to unite Catholic women of Canada‭:‬ 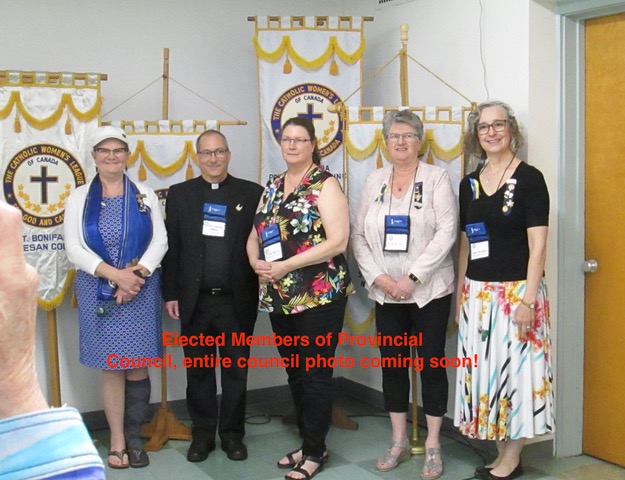 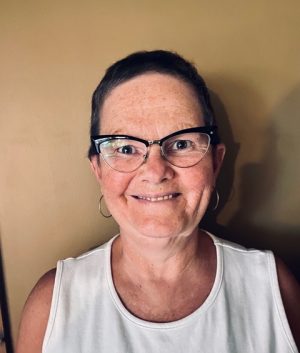 Crystal has been a member of the Catholic Women’s League since 2008. She was instantly drawn to the executive track (ok, dragged!). Crystal served in her home council, Notre Dame Selkirk, as chair of Resolutions, Christian Family Life, Organization and President 2015-2017. Crystal joined the Manitoba Provincial Council in 2013 where she has served as Education and Health, Legislation, and Christian Family Life chairs, 2nd Vice President, 1st Vice President and President Elect and Organization Chair. She is excited to start her new role as President and keep on learning! Crystal was part of the Organizing committee for the National convention as the Exhibits chair. She was presented with the Maple Leaf Service Award from her home council in 2018 and she has also participated in several visits to the Manitoba Provincial Government. 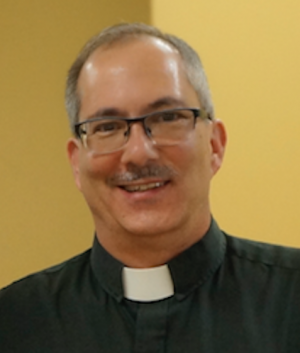 Where does our new Spiritual Advisor come from? In a nutshell, South Eastern Manitoba. Born in Saint Boniface in 1962, but early childhood is in the city of Transcona. My parents are David & Jeannette and I have two brothers and three sisters. At four years old, the family moves to Richer, then in 1970 it is on a Hog Farm in La Broquerie. However, from grade 4 to 8, it is in Saint-Anne School so I can study in French. High School was at Collège Secondaire de Saint-Boniface while in residence at the Minor Seminary. After graduating in 1980, I stayed in Saint Boniface, working fulltime at Provencher Shell till 1988 and studying part time at Collège Universitaire de Saint-Boniface obtaining a Bachelor of Arts in 1990. Meanwhile, I also lived for one year in Saint-Norbert (1986), bought a house with my brothers in Norwood (1987-1990), to finally trying to find God’s will in 1992 by attending the Catholic School of Evangelization in Saint-Malo. The following year, it’s a jump towards of the Trappist monastery in Holland, working at their Cheese House. In 1996, it’s another leap, this time towards the Grand Séminaire de Montréal for my theology studies. Ordained to the priesthood on April 27, 2001, my first nomination was as Associate Pastor in St. Bernadette. In 2002, I was named pastor of Saint-Jean-Baptiste, Sainte-Agathe, and Saint-Antoine d’Aubigny. Six years later, it’s towards to an unknown land in St. Michael (Cooks Creek), Sacred Heart of Jesus (Garson), and Oakbank Catholic Community. In 2013, it was Notre-Dame-de-Lorette Parish’s turn. And today, it’s my return to Saint Norbert. 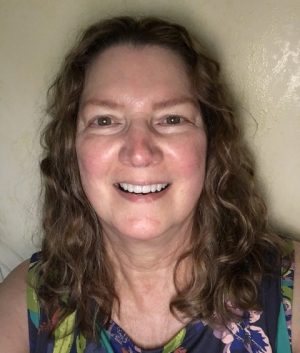 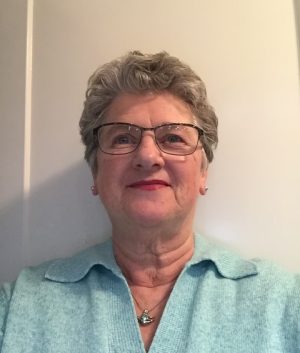 I have been a member of the St. Ann’s Parish council in Flin Flon, Mb for the past 32years. During that time, I was privileged to be able to serve as chairperson of several standing committees. I have been president of the Keewatin-The Pas Diocesan council for three full terms plus one year. Currently I am now Past Diocesan President, and I am looking forward to serve on Provincial Council as Spiritual Development Chair. I am married to Ray, and we have been blessed with 2 children and 2 grandchildren. 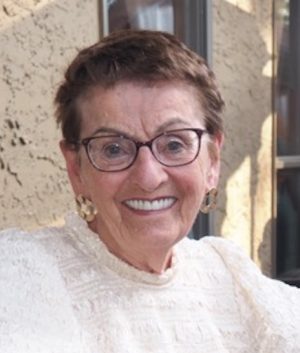 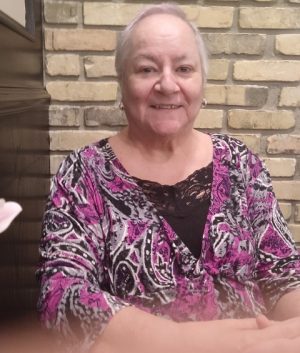 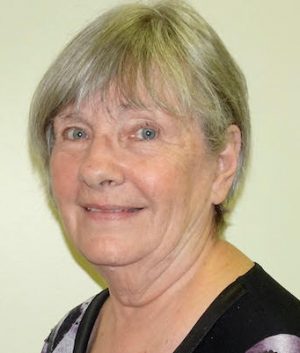 Paulette has been a member of the Notre Dame Parish Council, Selkirk since 1993. She has held the positions of Community Life and Legislation Chairperson, Treasurer, Vice-President and President at the parish council level. She has served as Legislation Chairperson on Winnipeg Diocesan Council and previously on Manitoba Provincial Council. Paulette co-chaired the Resolution and Legislation Workshops and participated in Manitoba Provincial Council Day of Celebration. 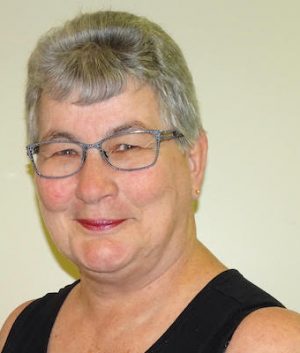 Lea has been a member of Sacred Heart CWL, Virden for 46 years. At parish council level she has held several officer positions and is currently the new council president. On Winnipeg Diocesan council she served as Christian Family Life, Spiritual Development, Recording Secretary, Treasurer, President-Elect/Organization and was Winnipeg Diocesan Council President from 2013-2015. On Manitoba Provincial Council, Lea has served as Recording Secretary and is on her second term as Provincial Treasurer. Lea has been co-chair of the 2017 Manitoba Provincial Convention; a presenter of Catch the Fire Workshops; and served as Recording Secretary and Secretariat for the 2018 CWL National Convention held in Winnipeg. 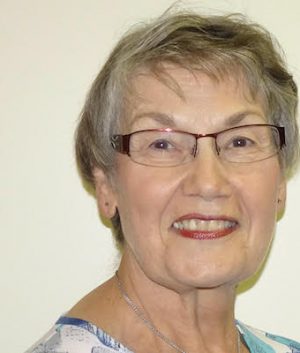 Marielle has been a member of the League for 31 years at Swan Lake, Treherne and currently Morden. She served as President at St. Martin of Tours, Swan Lake from 1992-1993. Marielle has held officer positions on diocesan council. On Manitoba Provincial Council she has served as Community Life, Christian Family Life and Spiritual Development Chairpersons. She has attended Development and Peace meetings; prepared spiritual programs for Manitoba Provincial Day of Celebration and St. Boniface Diocesan Council Day of Reflection. Marielle has served on the fundraising committee for two national conventions and provided quilts for raffling. In 2020 Marielle was presented with the Bellelle Guerin Award by Manitoba Provincial Council. 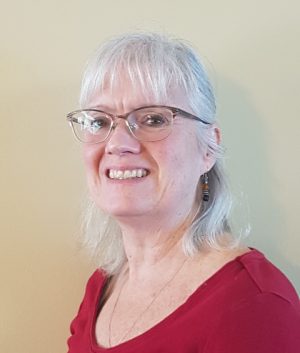 Claudette has been a member of the Catholic Women’s League for 8 years. She joined when her parish asked ladies to join to increase numbers to have a greater voice. Claudette was busy raising children and working and was not an active member until she moved to St Theresa’s parish in Middlechurch in 2018. Claudette attended meetings, perogy making days and her first Convention that year. After the Winnipeg convention she was approached by the president to take a position. Claudette agreed to the Education and Health chair. She has learned more of the role, position, resources and supports of the CWL throughout her 3 years on Winnipeg Diocesan council. Once Claudette’s term was up she was approached by the Provincial president to join the provincial council. She hopes to further increase her knowledge in the area of education, provide information on the national bursary program and continue to forward information to support life from conception to natural death. 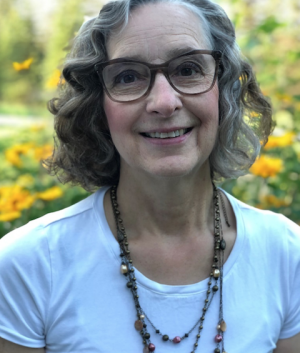 Janet has been a member for over 25 years, mainly at Our Lady of Perpetual Help Parish Council in Winnipeg, where she happily participated in the planning and implementation of numerous events and fundraisers. Throughout this time, at Parish, Diocesan and Provincial levels, she has served under virtually all officer positions. Janet was General Chairperson for the CWL 2008 National Convention Planning Committee. She served as Winnipeg Diocesan President from 2011-2013, and proudly represented Manitoba as Provincial President from 2019-2022. She was awarded her Maple Leaf Service Award from her home Council in 2007, and her Life Membership Award from Winnipeg Diocesan Council in 2019. 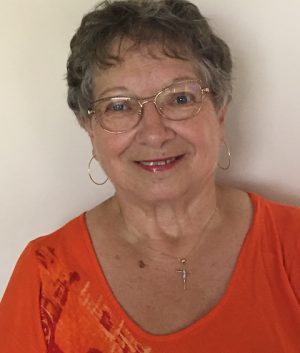 Bernadette has been a member of CWL, St. Ann’s Council, Flin Flon since 1971 and has held the positions of Corresponding Secretary, Treasurer (for 3 terms), Organization Chairperson and President. She has been the Diocesan Treasurer since June 2012 and was elected President May 29, 2021. Bernadette is the Office Admin. of St. Ann’s Church (since January, 2011). She is also a Eucharistic Minister and one of the several Ministers of the Word. 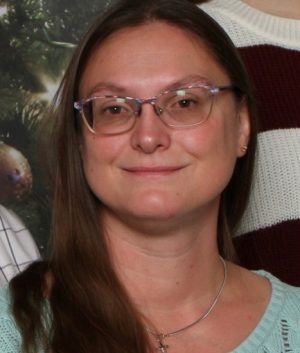 Lacey joined the CWL in 2008 and has been an active member of the Notre Dame de Lorette Parish Council ever since. This is her first time being on an executive council outside of the parish council level. Lacey's past involvement on the parish executive level consists of: Legislation, Recording Secretary, Education & Health, Organization, 2nd Vice President and President. Lacey was also a member of the Liturgy Committee for the 2018 National Convention here in Winnipeg. 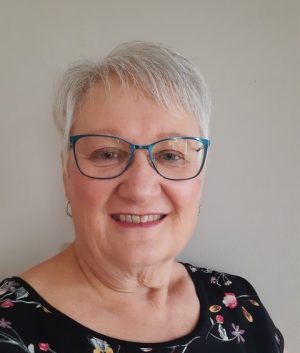 Chris Carlyle has been a member of the Catholic Women’s League for 25 years. In her home council of St. James Assiniboia, Winnipeg, she has served on the council executive in several positions and President from 2010 – 2012. Chris was appointed to the Diocesan Council in 2015. Since then, she has held positions in Community Life, Education & Health, Second Vice-President, Organization, President-Elect and finally President in 2022. Chris received the Maple Leaf pin for her work in the Catholic Women’s League plus many volunteer projects in the community. Chris is also a Eucharistic Minister, Minister of the Word and is a graduate of the Nathanael program 2017-2020.